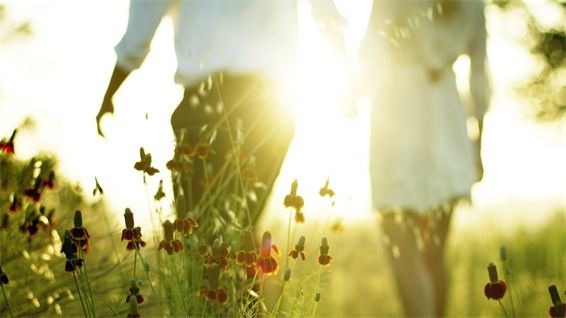 In Pyra Vastu, the subject is man, his surroundings, how they affect him, what he can do and what he can achieve. Our journey in life begins with the divine union of a micro ‘Fa’ (sperm) and a micro ‘Maa’ (ovum). In Chinese philosophy, the concept of ‘Yin-Yang’ which is often called ‘Yin and Yang’, is used to describe how opposite or contrary forces are interconnected and interdependent in the natural world; and, how they give rise to each other as they interrelate to one another. Many natural dualities (such as light and dark, high and low, hot and cold, fire and water, life and death, and so on) are thought of as physical manifestations of the ‘Yin-Yang’ concept. ‘Yin’ is characterized as slow, soft, yielding, diffuse, cold, wet, and passive; and is associated with water, earth, the moon, femininity and nighttime. ‘Yang’, by contrast, is fast, hard, solid, focused, hot, dry, and aggressive; and is associated with fire, sky, the sun, masculinity and daytime.
Therefore, ‘YIN’ is equivalent to ‘Maa’ (Ovum/ Female) and ‘YANG’ is equivalent to ‘Fa’ (Sperm/Male). Hence, it is due to ‘Fa’ and ‘Maa’ that we have our present miraculous body. Everything in this universe including us is harmoniously divided into two divisions ‘Fa’ and ‘Maa’. A BALANCE BETWEEN ‘MALE’ AND ‘FEMALE’ ENERGY IS NECESSARY in a harmonious relationship. To maintain a balance in the atmosphere of the house, it is necessary to keep a balance between the ‘Maa’ and the ‘Fa’ energies.
FOR HARMONIOUS RELATIONSHIPS:
· In the entire house, including the bedroom, the presence of both female-dominated things as well as male dominated things is necessary to maintain a mutual balance between the male and the female energies.
· In case of a lack of the female-dominating energy, one should make more use of blue and sea green colors while to keep the male energy in balance, one should use red, yellow and bright lights, bright colored curtains, paintings, etc.
· If a young man lives alone and uses only male-dominated things in his house and bedroom, then there is always a lack of nearness of women in his life. Such a young man should include the female dominated ‘Maa’ energy in his bedroom. He can also get a lot of help from attractive pictures of women and lamps of blue light on his north-east wall.
· In the same way, in the houses of young girls living alone, there is a lack of the male energy which makes it difficult for them to find a life partner. They should put up in their houses pictures of strong men, lamps of red, bright and yellow lights, curtains, etc. to increase the male energy.
· If female-dominated energy in excess, then there is a lesser possibility of establishing a relationship between men and women. In the same way, if there is an imbalance of these energies in a house, then the members of that Family begin to feel negatively about taking part in the social life.
· Unmarried girls and boys living in a hostel or in a house together with their friends find it difficult to establish relationships with persons of the opposite sex because they always have to live in an atmosphere of imbalance between the ‘Maa’ and ‘Fa’ energies.
· Therefore, it is necessary that the bedroom of the head of house should have a balance between both energies. While on the one hand, one can use blue and bright colored lights and paintings for balancing ‘Maa’ energy, one can also use red, yellow and other bright colors for a balance or the ‘Fa’ energy.
· If you want to keep your marital life full of love and romance, then put up bulbs of bright light on a pole in the south-western angle of the garden of your house. On this light, fix a yellow-colored round lamp-shade. This will make the auspicious energy of the earth even more active, which will keep the fire of love between a husband and a wife burning brightly. Not only this, it also helps the young girls and boys of the house to form serious and clear ideas about their life partners.
· The roofs that are built on beams or pillars create many problems for the members of the Family. Due to them, one can have pain in half the head, tensions and breaches in the Family relationships.
· If you sleep on the bed right under the beam, then such couples move Far away from each other physically.
· If the persons sleeping under the beam, live in such a house which is multi-storied and every room in the house has roofs which are made over the beams, then there is even more inauspicious energy. This will have an adverse effect on the persons living within the house. Some people have decorative beams fixed in the houses. These beams are relatively less harmful.
· To stop the harmful effect of the inauspicious energy of the beam, put up a wind-chime in the room.
· You can also hang a flute or a small stick of bamboo to do away with the ill-effects of the inauspicious energy.
· You can install beam pyramid also to minimize the adverse effect.
· To reduce the harmful effect of beam, you can focus light on both the sides of the beam.
· The best way to end the inauspicious energy of the beam would be to cover the beam by having a false ceiling under it.
If it is not possible, then you can adopt any of the below mentioned remedies.

THE BUBBLES FULFILL THE WISHES: 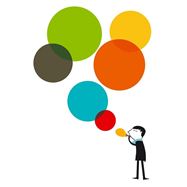 If you are an unmarried girl or a boy looking for a good life-partner, or you are a lover who wants to have your beloved as the life-partner, then blow the bubbles of the soap on the ‘Full Moon Night’ towards the moon. As per Vastu the moon is said to be the god of marriage. On a ‘Full Moon Night’, take a solution of soap and water with you and go up on the terrace or in a garden. Blow up big bubbles of this soap solution towards the moon. Try to see the image of your lover in every bubble and imagine that both of you are getting married.
This is a well-tried experiment which will definitely fulfill your desire for marriage. All you have to do is to repeat this experiment on every ‘Full Moon Night’ till your aim is fulfilled.
PURIFICATION OF YOUR HOUSE:
If husband and the wife relations are not favorable, their relationship remains abnormal and they have to live in an atmosphere of constant quarrels, arguments and depression. The environment of the Family can be made normal only after getting rid of such kinds of abnormal behavior. We can create a normal situation in the family by purifying the house according to VASTU. To achieve this, you can do the following:
·        To purify thenorth direction, take some water in a jug, dissolve some saffron in it and moving clockwise sprinkle this water on the floor of the rooms situated in the north direction.
·        To purify thenorth-east and the south-west directions, bring some soil from a holy river or the sea. Light space purifier (Camphor). After the space purifier turn into ash, mix this ash with the soil and sprinkle it in the north-eastern and south-western parts of the house.
·        To purify the eastern and south-eastern directions, sprinkle the leaves of seven kinds of flowers in these directions.
·        To purify the south direction, light up three red candles in this direction.
·        To purify the western and the north-western directions, take three gold or silver coins in a small bowl and place them in these directions.
Let all these things remain in the rooms for twenty four hours. After the lapse of this time, take the soil and the flowers and immerse them in the river or the sea and keep the coins in the temple. This is a traditional way of energizing all the important parts of the house according to Vastu. You can keep repeating it from time to time.
FLOWERS ON VALENTINE’S DAY:
Red roses with thorns break up relationships. If you are planning to give red roses or bouquets of red roses to your friends, relatives, etc. on Valentine’s Day or any other auspicious occasion, then take care. In Vastu the red roses are not considered to be auspicious, especially if they are accompanied by thorns.
·        The thorns are considered to be a source of inauspicious energy. If a red rose is given to somebody along with its thorns, then such a relationship cannot continue for long. If you do this, then you can think that you have begun the end of that relationship. Therefore, avoid using red roses with thorns. The husband and the wife who exchange such roses, also may find soon that their relationship is turning bitter.
·        Yellow roses like other yellow flowers are your well-wishers and supporters. Give yellow roses (after separating the thorns from them but remember to have fresh leaves and buds included in the bouquet) to your well-wishers, friends and relatives. In Vastu, yellow roses have been considered very auspicious. Yellow roses have Feng-shui’s ‘Yang’ energy and the earth’s land-energy. Both these have an auspicious effect on everyone.
·        Take care-never give dry flowers to anyone. According to Vastu, they are considered inauspicious.
·        For decoration and an increase in the positive energy, you can use pink and blue roses. But remember to take out their thorns. 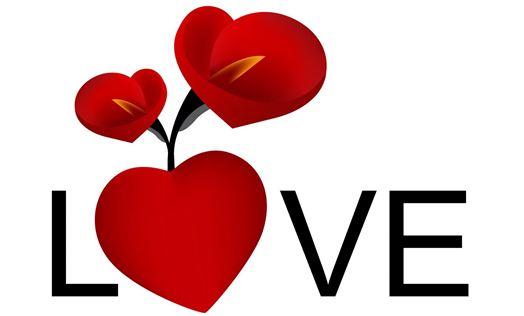