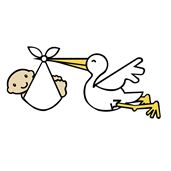 Presence of positive energy is important for women during pregnancy or conceiving as any wrong decision on their end could even make couple childless or bearing persistent misfortunes. Pregnancy is an esoteric experience and privilege that only women enjoy; while wishing for a healthy baby is common thinking. A Vastu compliant house not only yields good and positive results but indeed help women to deliver healthy offspring. Pregnant women must consider some significant tips of Vastu so as to give timely birth to child and to avoid unnecessary problems. For the expectant mothers, nine months’ period can be extremely overwhelming and surprising. It is believed that apart from taking a gynecologist’s advice into consideration, certain simple Divine Vastu tips can also be followed to bear a healthy child.

Logical and Scientific Explanations of some of the above Vastu principles:

Normally, a lady’s basal body warmth is higher during pregnancy.  It is, therefore, advisable for the lady to keep herself away from and being too near a television, a computer or any heat generating gadget that emanates electrical or electro-magnetic energies (‘Fire/Agni’ element). This way, she can avoid increasing her internal temperature to a dangerous level without even being aware of it.  Normally, a woman dissipates body heat through her skin and breathing. The fetus that is growing has normally a temperature which is a little more than the mother’s and dissipates its heat across the placenta and through the mother’s blood stream. Fetal damage can possibly occur if the mother or the fetus does not cool down quickly after the temperature of the core rises.

Certain Finnish (Finland) studies have revealed manifold increase of miscarriages in women using computers. It may also worry you about using a laptop or tablet during pregnancy. Be assured that they are safe to use. Just bear in mind that laptops can give out a lot of heat, so don’t put it on your tummy as overheating could harm your baby. It’s also best not to put your laptop directly on your thighs, because it could burn you. Put your laptop on a table or on a cushion on your lap.

The South-East sector of the building and the South-East sector of a room are places to be avoided by a pregnant lady at least for the first three months.  Medical science tells us that by the end of the fourth month, almost all the major organs of the fetus are formed.  The brain stem and the limbs are formed and begin to mature. Most pre-natal damage capable of causing birth defects occurs during this time.  This period, commonly known as embryo-genesis, can cause organ-specific damage.  However, brain development continues throughout the period of pregnancy.  Therefore, there is really no safe period for strong intense bursts or continuous doses of electro-magnetic frequencies during the months of pregnancy.

Research on the effects of thermal and non-thermal electro-magnetic fields has shown reported 50 percent miscarriages in pregnant women who slept in electrically heated waterbeds.  Thermal heat is, therefore, another factor that affects pregnancy. When the Eastern part of the Earth is heated, its Western part remains cold.  Consequently, thermal electricity generated by the Sun travels over the surface of the Earth from East to West. Therefore, pregnant ladies can avoid sleeping with their heads to the East. They can sleep with their heads to the South as natural polarity of the body is maintained and health of both the mother and the fetus is taken care of.

A pregnant lady can sleep in a North-East room. It is a known fact that the Sun’s rays can be split into seven plus two colors. Beginning from ultra-violet ray in the first part on the Eastern side corresponding to North-East, the Sun’s beneficial rays further split into violet, indigo, blue, green, yellow, orange, red and infra-red in the last part corresponding to the South-East.  Ultra-violet and the cold colors of the spectrum are said to have a soothing effect on the body and hence, the North-East room is recommended for a mother-to-be.

Since blue has a cooling and astringent effect, a night lamp giving soft blue light in the room during night, is suggested.  The other two colors of the cooling trio viz., violet and indigo can be alternated during the entire period of pregnancy. Violet is said to be good for bone growth, maintaining the potassium and sodium balance of the body.  Expectant mothers who regularly meditate will be happy to know what Leonardo da Vinci said that “the power of meditation can be 10 times greater under the violet light falling through the stained glass windows of a quiet church…” To put it simply, violet is an inspiring and spiritual color. Ultra violet ray, which is the head of the ‘cool’ colors and is said to normalize all metabolism and glandular activities can also be used with advantage..

Remember, it is very important to have rooms such as your bedroom, living room, dining room etc. in accordance with Vastu Shastra to make sure you conceive early and give birth to a healthy baby. Follow the aforementioned Divine Vastu tips for pregnant women if you are planning a family extension. Apart from this, once the woman has conceived she must stay cheerful and positive and should keep away from negative situations and people. I wish all ‘mothers-to-be’, a happy and healthy Divine Vastu tips inspired pregnancy.